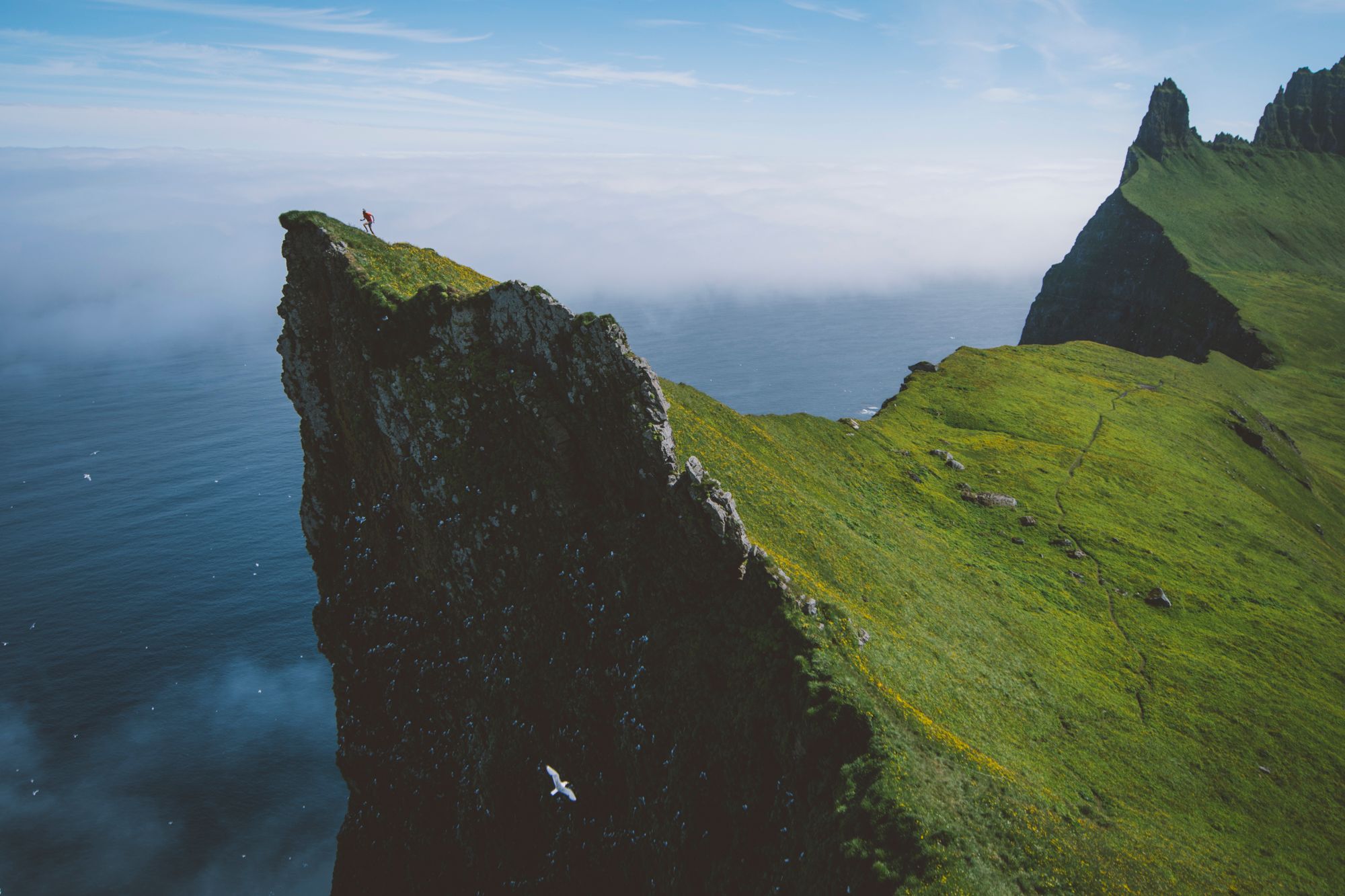 "Like superman, at the end of his steal beam"

"Late on a sunny Monday afternoon in mid-July, we stood on a quaint dock in the small port town of Ísafjörður, ferrying provisions and gear into the bowels of our 60-foot sailboat, Arktika. I passed over a few duffel bags, a couple pairs of running shoes, one potent-looking bottle of Icelandic spirits, and… “what is this stuff I exclaimed?”. Siggi, our Viking-esk boat captain, who stood at the main hatch directing operations, came over. “That is your snack food for when you out running. It’s called Harðfiskur, and is Icelandic dried fish, a staple food in these parts.” I smiled – I wasn’t sure what the next six days were going to be, but I could already tell it was going to nothing like I had experienced before.

The goal of the trip was simple: to explore by boat and foot the remote and pristine nature preserve founded in 1975, called Hornastrandir, that reaches north just a few miles short of the Arctic Circle in the West Fjords of Iceland.

We would use our purpose built yacht as a mobile wilderness hut. After a night at anchor, we (guide and guests) would be dropped off in the morning on some lonely fjord beach, then spend the better part the day running a point to point route arriving in some other distant and exquisite Fjord where Siggi and Arktika would collect us. 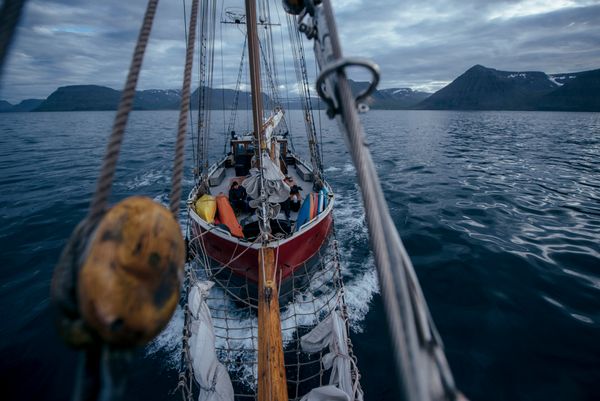 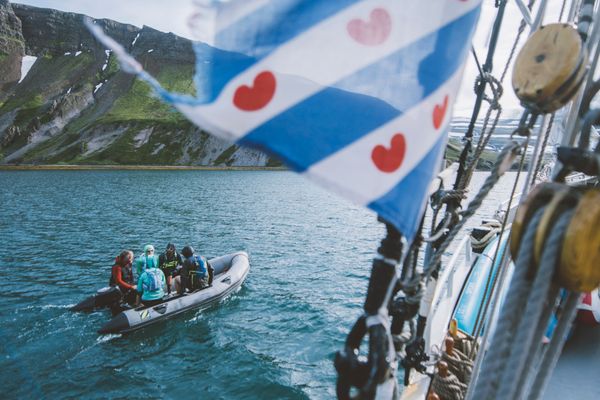 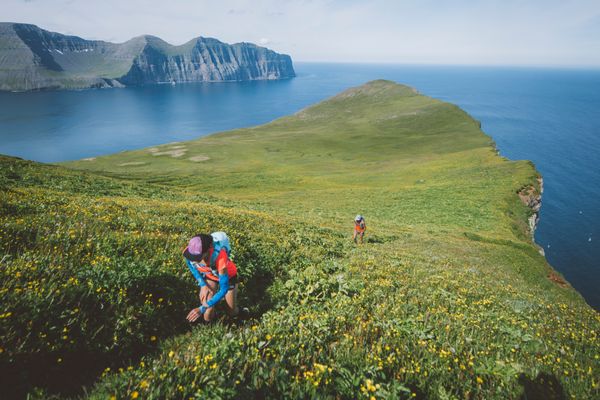 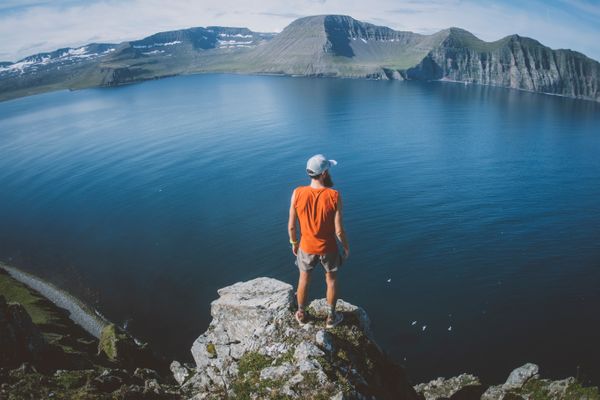 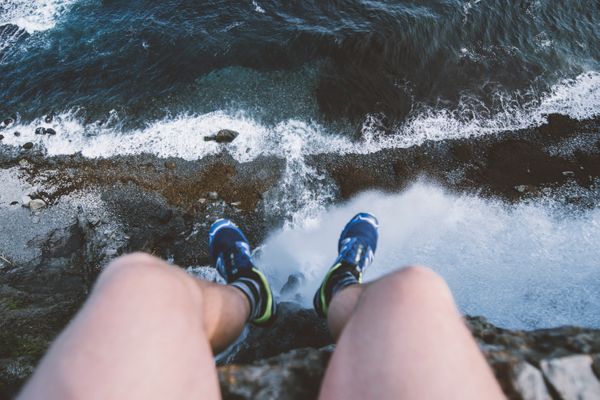 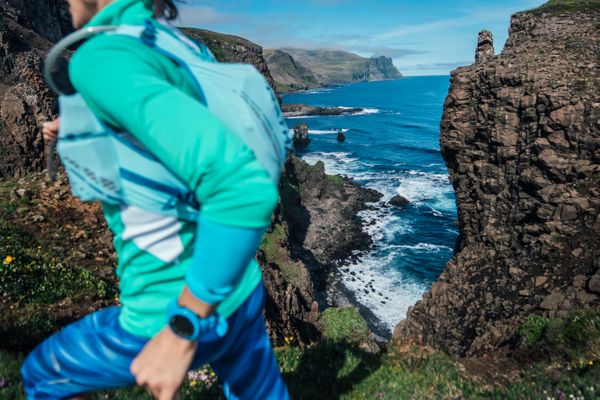 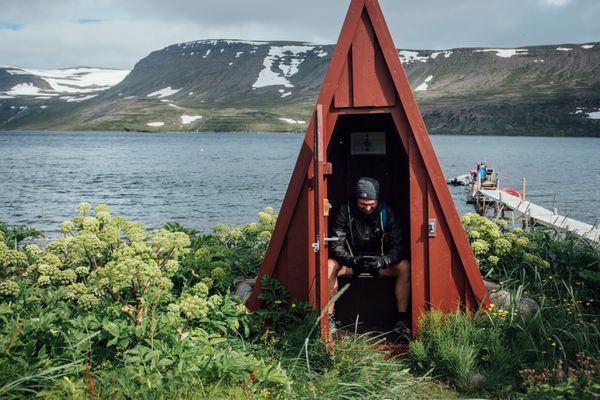 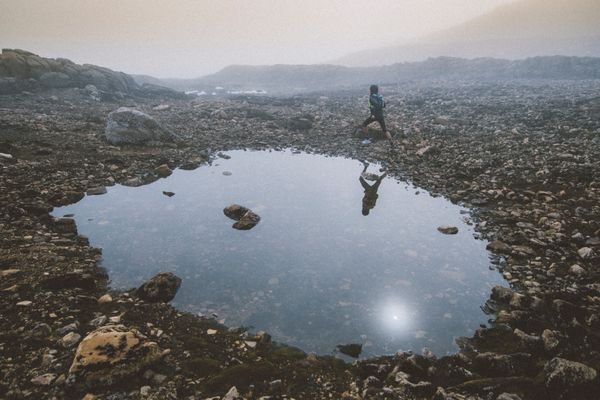 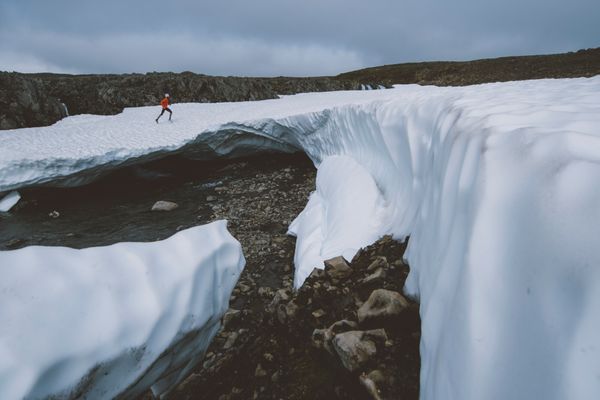 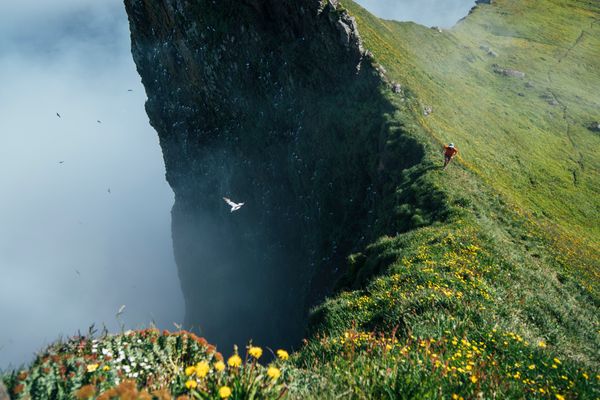 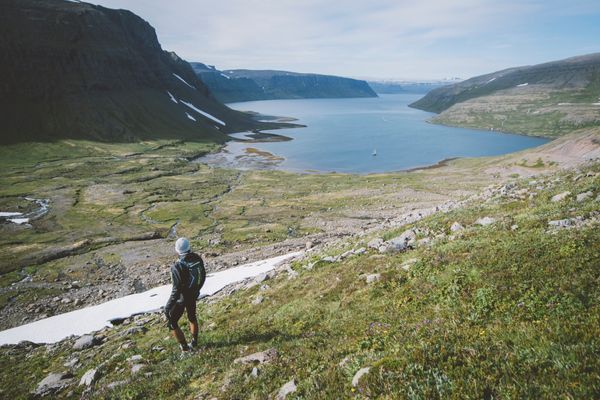 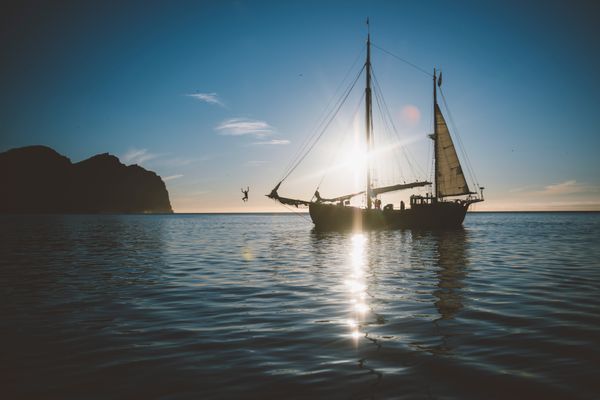 The trip also served as a vehicle to deliver photo assets to Nathan Sports and The North Face who were looking for marketing content for specific range/products. North Face, and Nathan Sports sponsored ultra runner, Rob Krar and his partner Christina Bauer the superstars here. 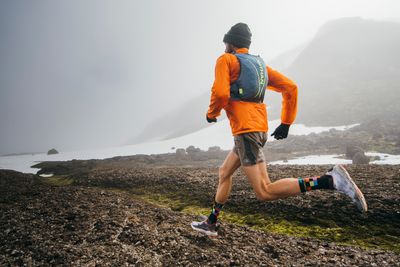 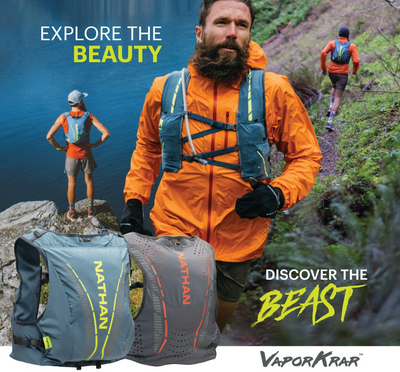 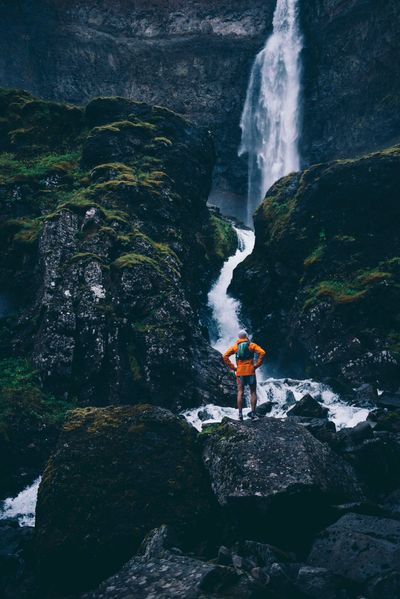 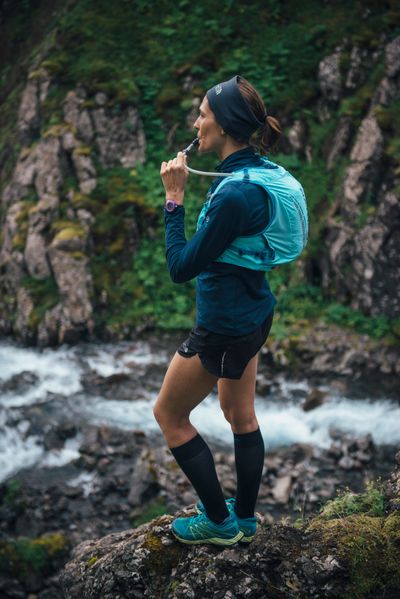 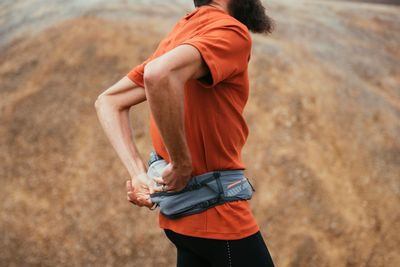 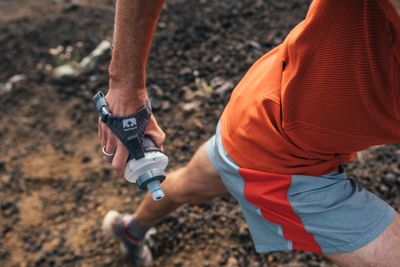 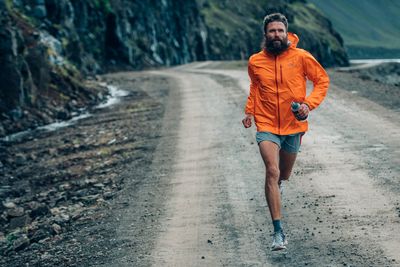 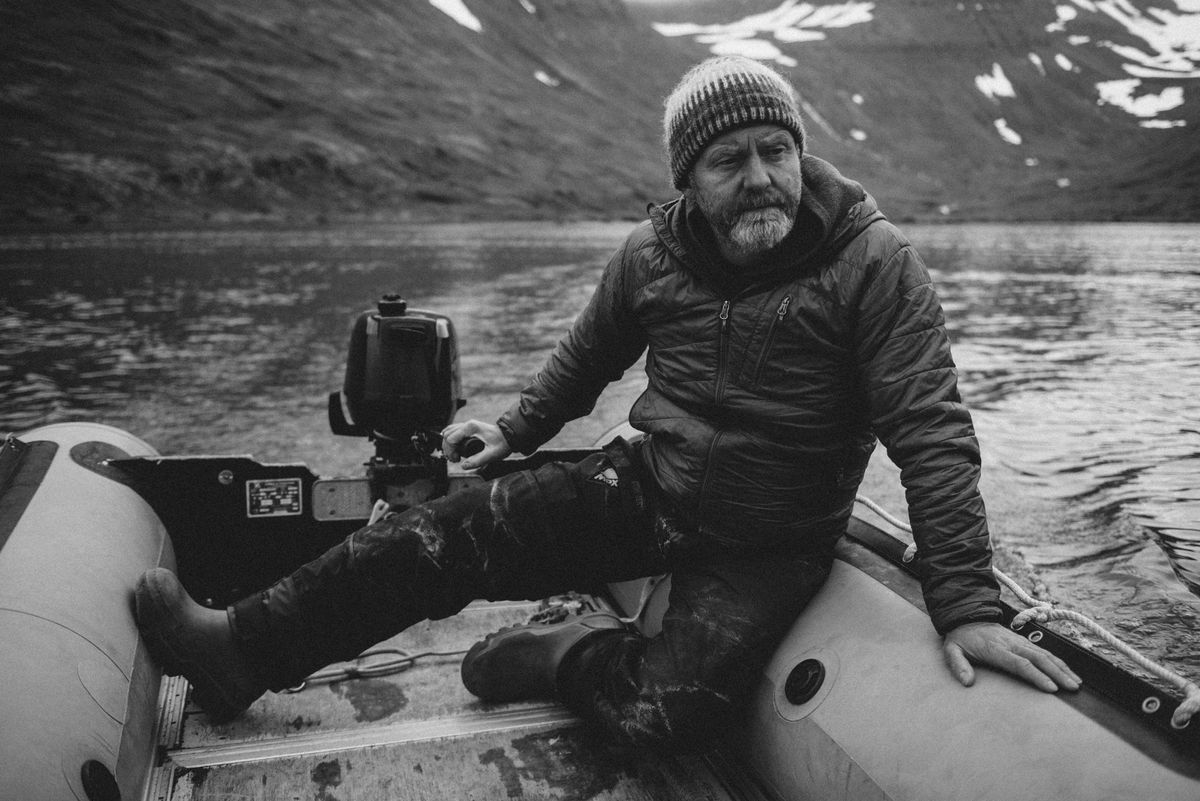 Siggi Jonsson steers the small tender back to his 65ft ketch yacht named Aurora Artika. During the summer months this is Siggi's home as he shows fleeting visitors the wonder that is Iceland and Greenland.

The gift of travel.

"While the running was tough and the commercial shoot was busy, the exploratory philosophy of the trip however meant we had time to soak up all that this place had to offer. During our daily runs we spent hours enthralled at the sights and sounds of the wildlife that abounds in this place in the summer: mischievous young Artic fox cubs jollying in the valleys; millions of Guillemots, Kittiwake, Razorbill and Fulmar seabirds that swarming the big sea facing cliffs. Wild as it sounds here too we got to sample Icelandic culture. Old farms dot the landscape shedding light on a bygone era when residents lived off the land and sea. The mountains and drainages between these small historic enclaves are pristine and rugged and conjure images of the hardy souls who called this place home. Local landowners still maintain these historic buildings as summer homes and in the old whaling and fishing town of Hestyri one family has turned their traditional home into a small guesthouse - at the end of a beautiful running loop we were treated to fresh coffee and Icelandic pancakes and fresh Rhubarb jam - yum!"