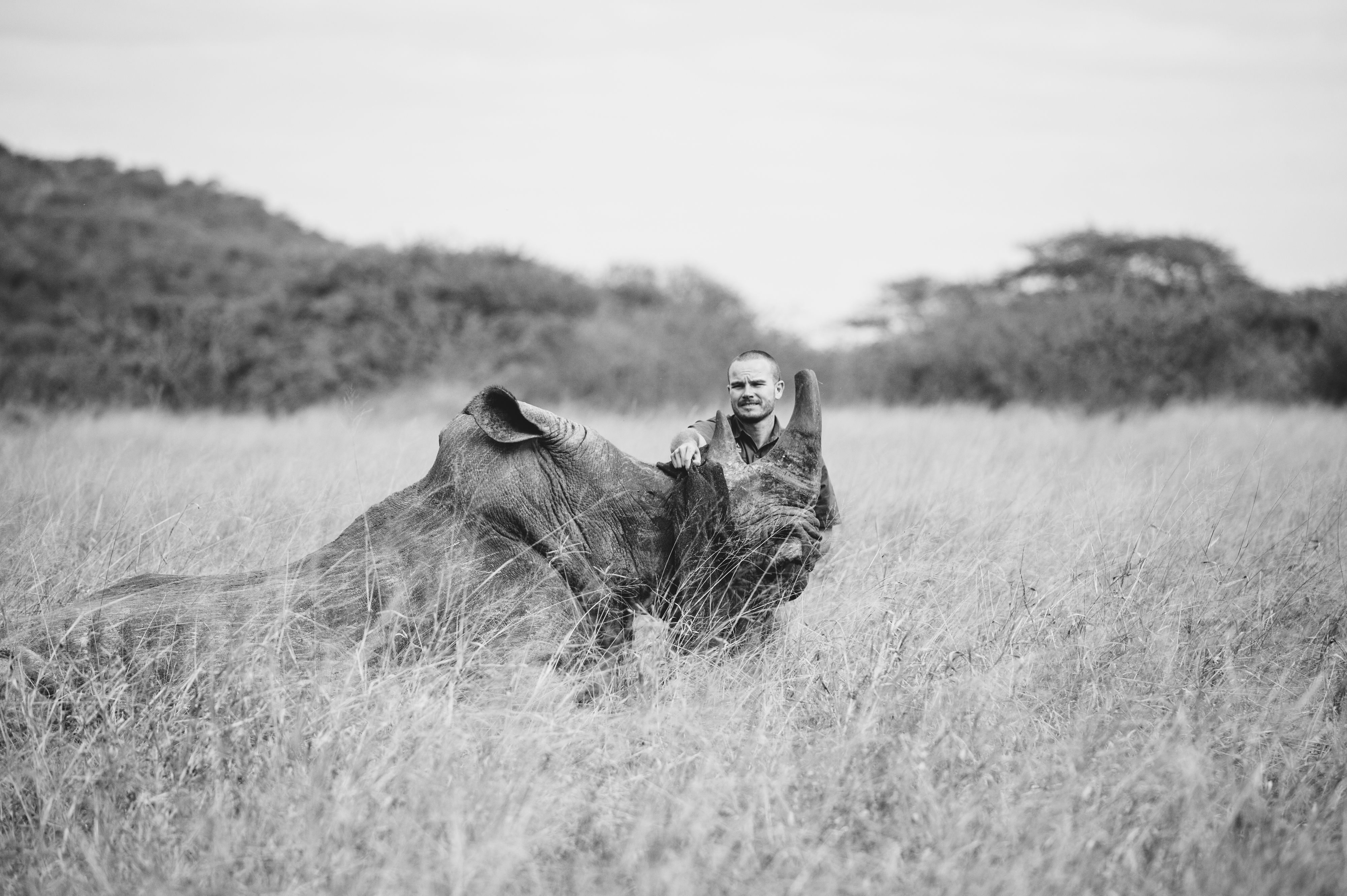 In the image above, reserve manager, Dave Gilroy puts a blindfold on a sedated bull White Rhino in Somkahanda Nature reserve. Moments later, the dehorning begun...

Over this weekend, a professional team consisting of a helicopter pilot, wildlife vet, Wildlands staff and Wildlife ACT Fund staff, commenced an operation no one wanted to do. Rhino were darted from the air, and while sedated had both their front and back horns removed. Under these controlled conditions, the Rhino horn is safely removed by sawing it off without harming the animal or causing any pain. It seems bizarre, even cruel to rob the animal of its most iconic feature, but yet the reserve saw it as one of the crucial elements of their strategy to safe guard Rhino from poaching.

Ask anyone involved in protecting Rhino and they will support the notion that no single strategy will protect them. What is needed is a range of different strategies that all work together to change the ‘risk – reward’ dynamic. To this end, Wildlands Conservation Trust and the Gumbi community took the decision to dehorn the Rhino on Somkhanda Game Reserve as an additional strategy. Dehorning is not a new idea. Namibia was the first country to dehorn its Rhino in 1989, but also invested heavily in anti-poaching infrastructure. In the absence of effective security, dehorning alone does not help. With Wildlands currently improving the armed security on Somkhanda Game Reserve, the logical next step was to further reduce the risk to the Rhino by dehorning. 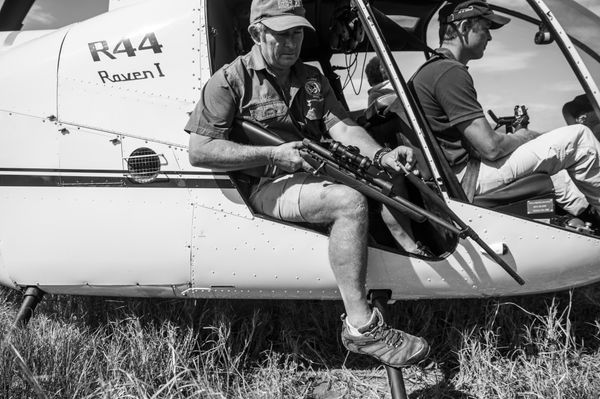 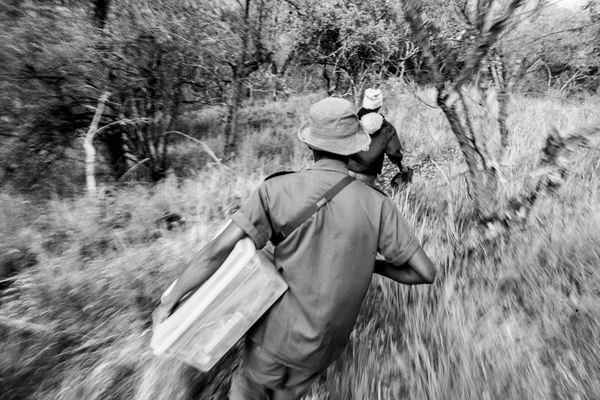 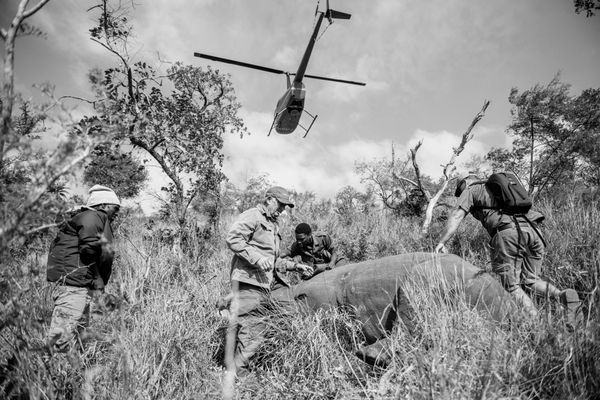 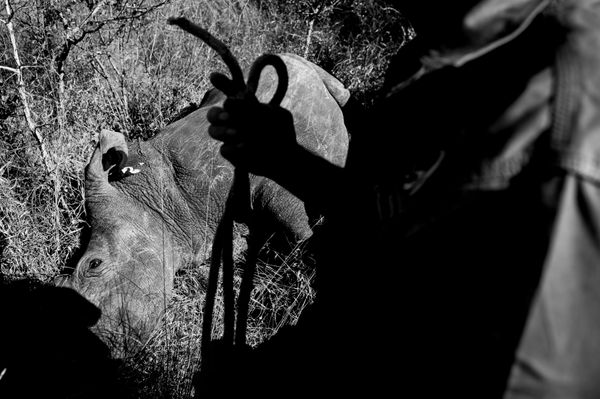 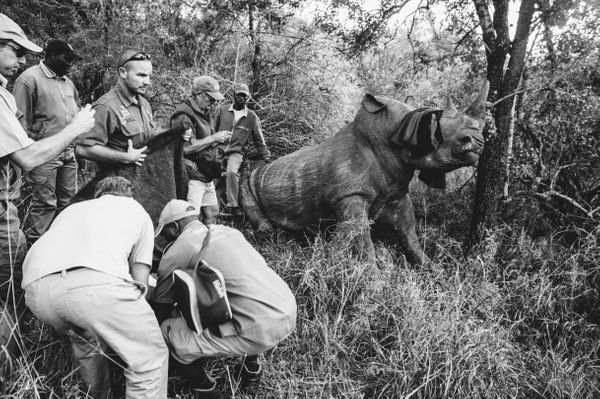 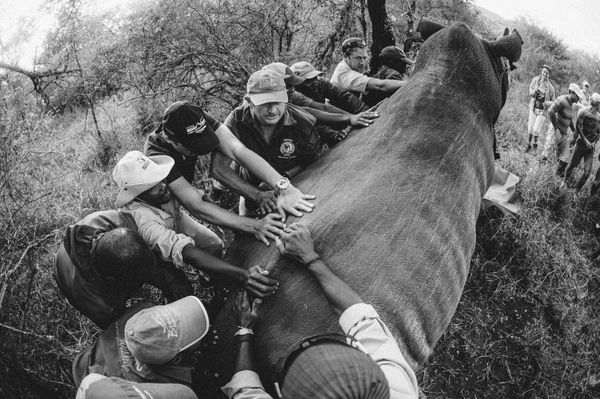 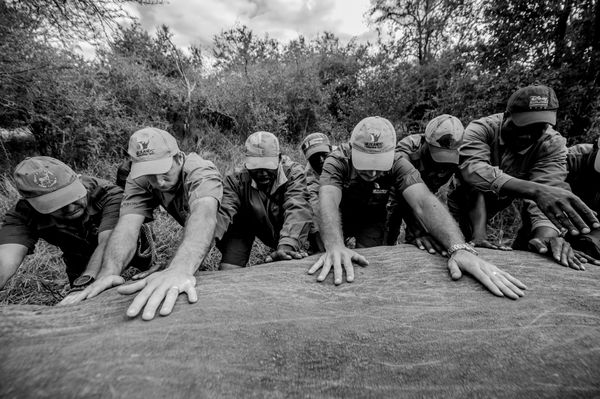 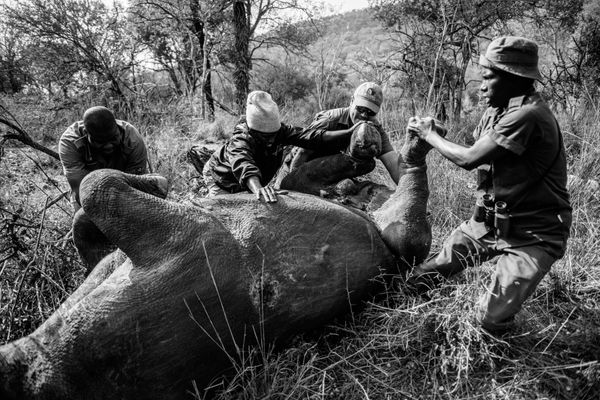 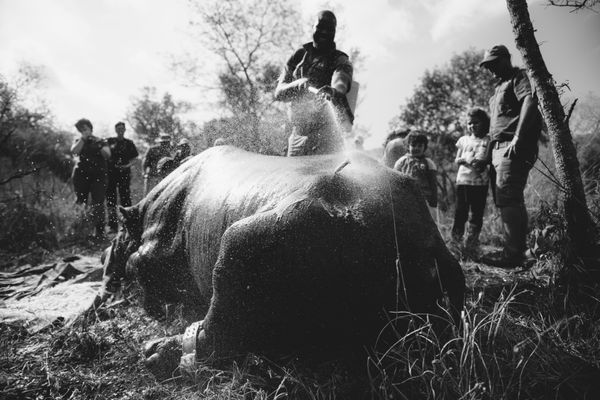 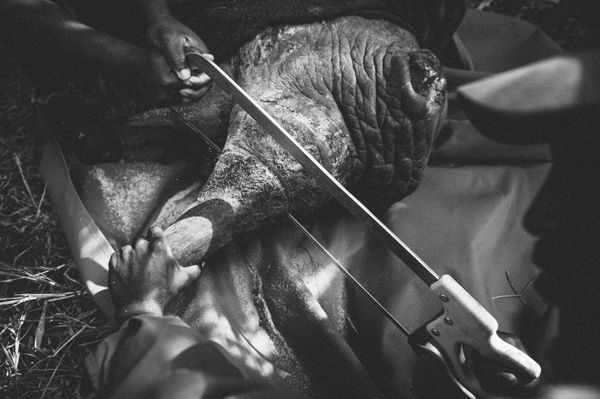 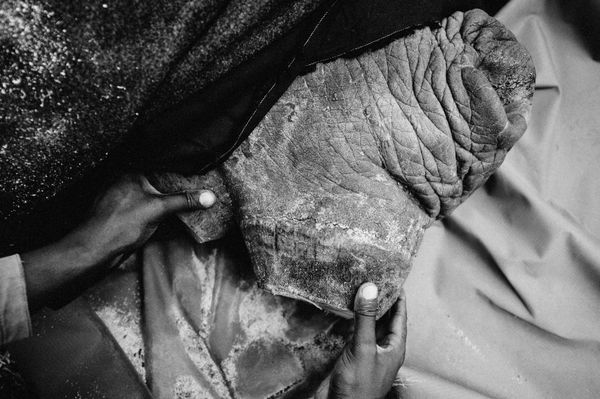 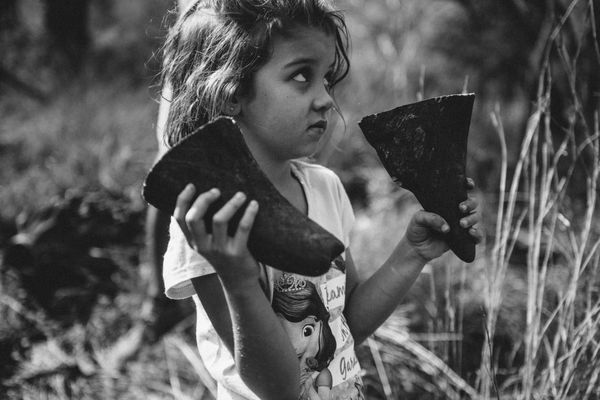 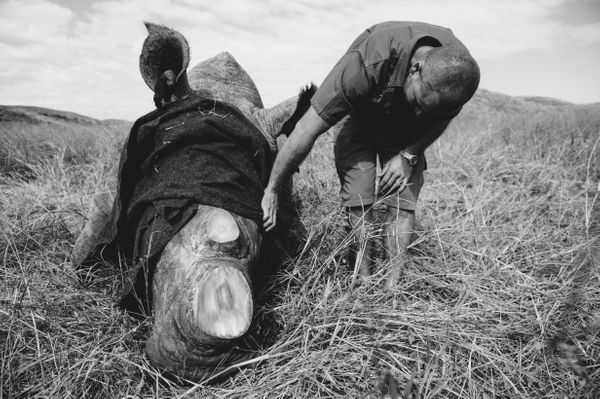 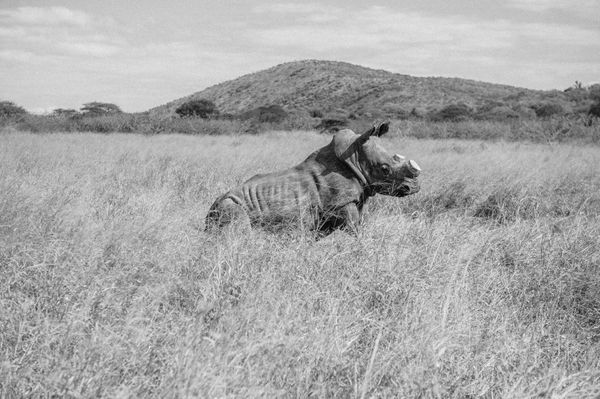 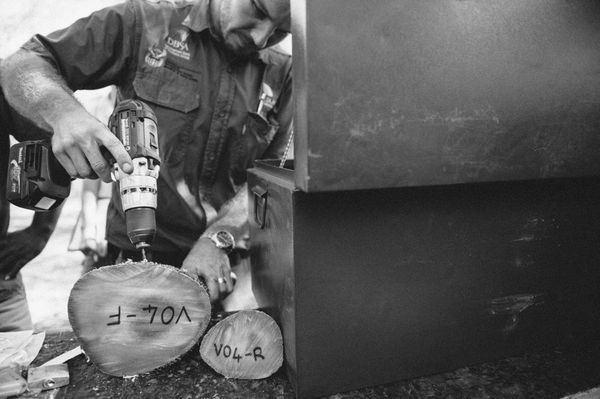 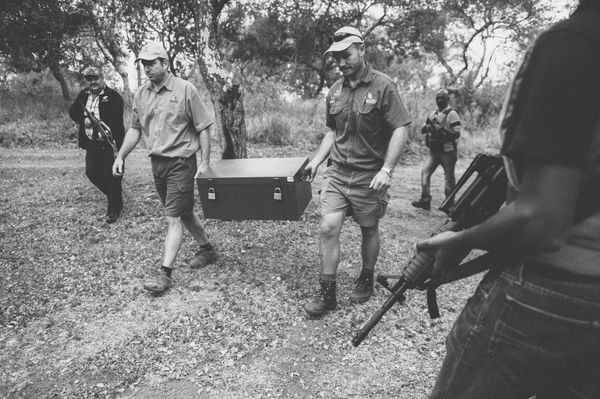 “In developing an ecotourism and conservation model at Somkhanda, dehorning our Rhino is not ideal, however, when you know you are ultimately responsible for the protection of these magnificent creatures, you will do everything in your power to safe guard them,” indicated Kevin McCann, Strategic Manager for Wildlands Conservation Trust.

Although these horns have no “legal” value, the black market value is immense. It was for this reason that these Rhino horns were micro-chipped for future identification, and transported off the reserve under armed guards to a secure facility for storage. The dehorning of Rhino at Somkhanda is an example of the lengths conservationists are willing to go to protect our heritage. Wildlands Conservation Trust would like to thank our partner organisations and donors for making this operation possible, to ensure Somkhanda Game Reserve maintains Rhino conservation as part of its long-term goal. Currently very few Rhino populations remain untouched by poachers. 376 Rhino have been poached this year already (stat as of the assignment date) in South Africa. Somkhanda Game Reserve (the very first community-owned game reserve in northern KwaZulu-Natal) has now also become a victim of this senseless crime, having lost 4 White Rhino within the last month. The loss of these White Rhino is a significant blow to the Gumbi community and Wildlands Conservation Trust, who have partnered to make Somkhanda Game Reserve a model conservation initiative. Significant resources have been invested to develop this newly proclaimed protected area into a game farming and ecotourism destination, with Rhino at the forefront of these developments benefiting the Gumbi community and the biodiversity of the region.

Somkhanda Game Reserve has invested in a number of strategies to safe guard their Rhino, including improving the security on the reserve, ensuring regular aerial patrols, fitting all Rhino with GPS tracking technologies, and supporting the intensive monitoring of the population. Despite this investment, Somkhanda has still lost Rhino. 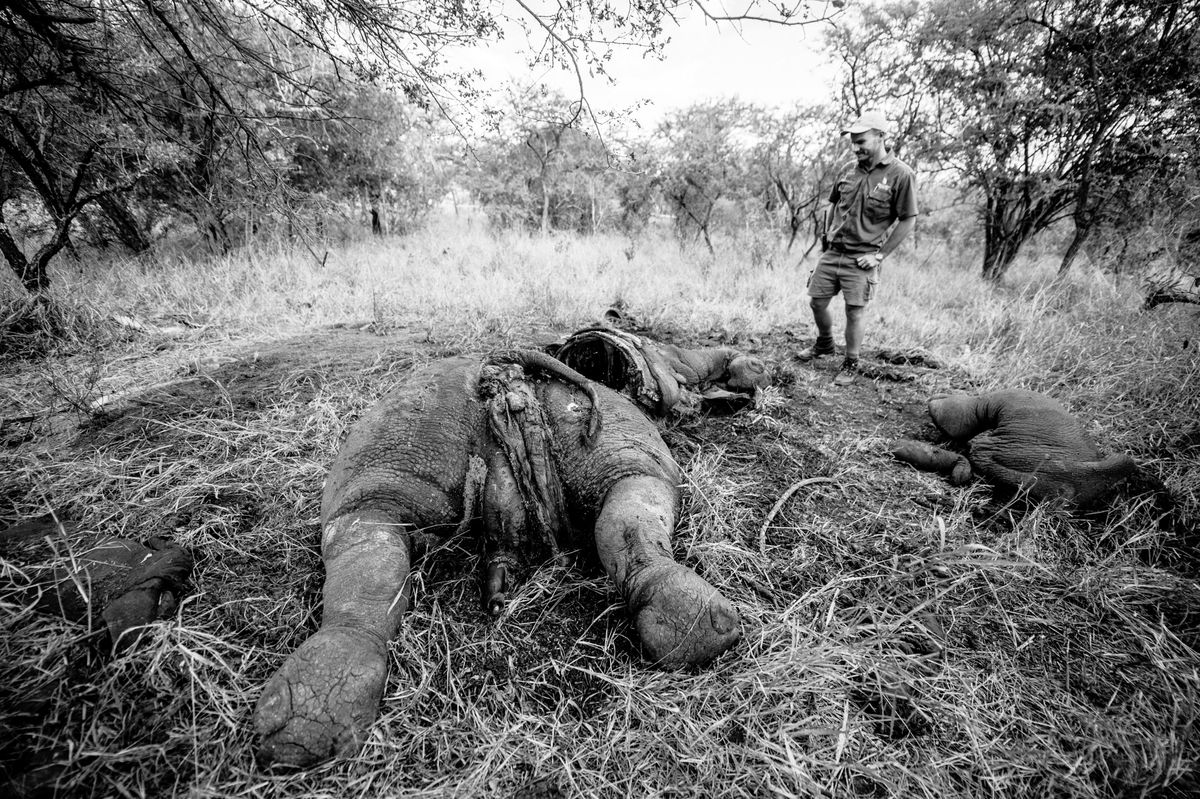 Somkhanda Game Reserve has invested in a number of strategies to safe guard their Rhino, including improving the security on the reserve, ensuring regular aerial patrols, fitting all Rhino with GPS tracking technologies, and supporting the intensive monitoring of the population. Despite this investment, and the passionate team of people fighting this battle everyday, Somkhanda has still lost Rhino.